Overcomes barriers for one dream- to become a scientist 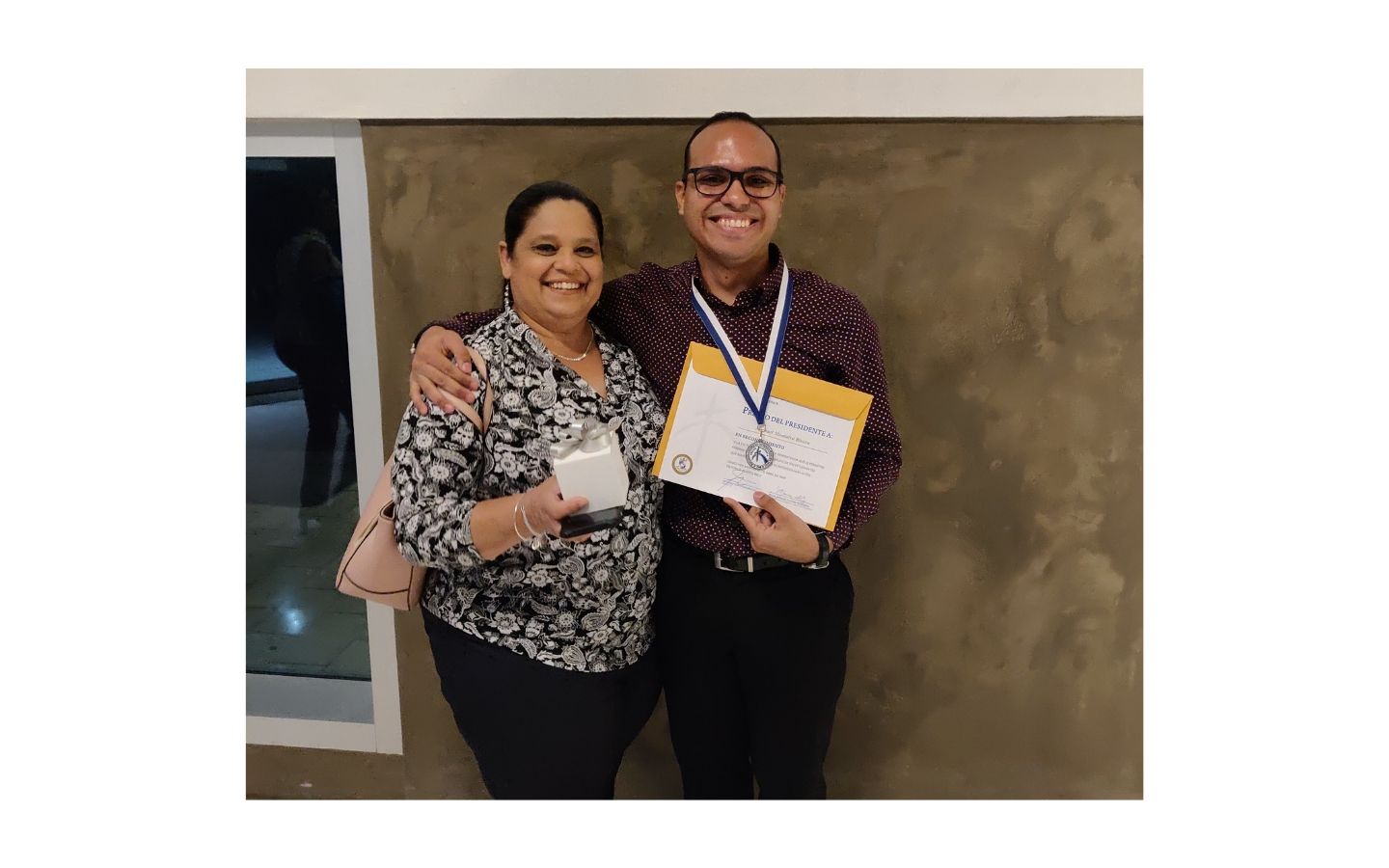 Michael Montalvo Rivera is a Kinesis Scholar who has managed to overcome all limitations for a dream: to become a scientist to contribute as an agent of change in society, but, above all, an example of perseverance when it comes to goals.

Raised in a public residential, this young man has made education his priority to achieve his dream. A path full of challenges, including those of an economic nature, that he had to overcome in order to achieve his goals.

“I’m not from a family with many resources, so I was raised the majority of my life in a public residential. Although I did not have access to many resources, I was able to succeed. Not only I managed to be admitted to the Bachelor of Science with a concentration in Biomedical from the Pontifical Catholic University of Puerto Rico, Ponce Campus, but I was also admitted to the Institutional Honor Program of the University, which granted me a full scholarship to study, stipend for books and forged me as a leader and as a serviceable person”, shared Montalvo.

The key for this young man was to dare to experience different roles within the academic area, get into the areas of science that he was most passionate about and practice volunteering.

“I was nourished by many experiences, such as working as an Academic and Peer Mentor for the Organic Chemistry II course under the Title V-Pathways of Academic Success program. I did my practice as a chemist in an industry in Ponce, I was part of an investigation under the project “Synthesis of hydroquinone and catechol analogues for future electrochemical study”, same at Florida International University under the sponsorship of the Research Experience for Undergraduates Program of the National Science Foundation. Likewise, I did community service with the motivation of also getting involved with the community and developing myself as a leader”, explained the scholar.

All his efforts allowed him to be on the Dean’s List and be recognized with the President’s Award between 2016 and 2019, and be part of the Phi Kappa Phi Honor Society of the university institution where he was formed.

Furthermore, this young man now celebrates having been accepted under a “fellowship” of the University of Notre Dame to pursue his doctoral degree.

“My research focus is governed by the area of ​​Bioorganic and the development of bioactive materials. I hope to successfully contribute by developing signaling and treatment materials”, he added.

“It is important to dare to challenge yourself, face the unknown and experience new horizons. That allows not only to grow as a professional, but to find oneself and develop personally. In the same way, I urge young people to get out of books and also be active in communities, becoming agents of help”, he concluded.