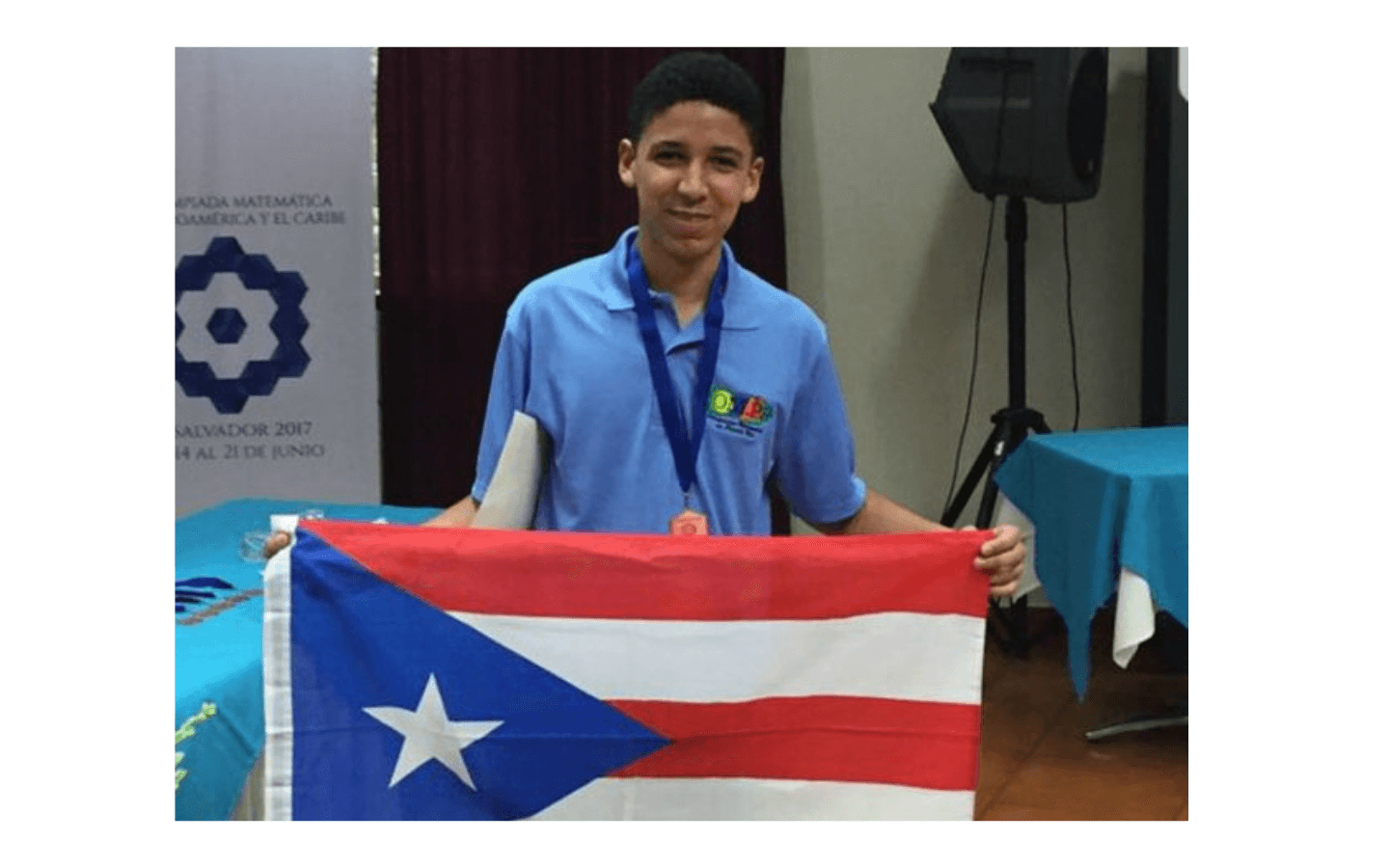 [vc_row][vc_column][vc_single_image image=”6636″ img_size=”full”][vc_column_text]San Juan– The Kinesis Foundation celebrates the achievement of a student of the Bright Stars program, Ángel Gómez, who received the great news of his admission to the prestigious Harvard University, which is placed second under the category “National Universities”, according to the US News & World Report.

Gómez, a fourth-year student at Notre Dame School in Caguas, aspires to become an aerospace engineer. As a young senior, he has excelled in competitions involving physics, math and other subjects.

In addition, he recently received acceptance from the Massachusetts Institute of Technology (MIT), an institution that also appears in the list of the 100 best universities in the United States. At that moment, Gómez decided to reach for more and submitted his application to Harvard University last December.

“When one hears the name of Harvard, one thinks that to be admitted you must have done something that changed the world or be close to people who have achieved great things. This is what I thought, and I come from a small field in Caguas, Puerto Rico. The least I expected was that I would be admitted (at Harvard), but on March 28 (when I received notification about the admission) I learned something different. The best way I can describe this feeling is a lot of happiness and satisfaction of my work”, said the young man.

“This journey began with the university counseling that the Bright Stars program of Kinesis provided, which has given me countless resources for my university advancement. Specifically, the counselor Norma Soler has been the person who was always by my side to answer the questions I had during the admission process. She also provided me with connections to several alumni of prestigious universities that share their experiences with me. Without Kinesis advising me, I am not sure I could have achieved everything I achieved”, he added.

For José Enrique Fernández, founder of Kinesis, the achievement of this young student demonstrates the impact of the Bright Stars program on its students and, above all, it shows that the union of wills results in great goals.

“The achievement of these Puerto Rican students means today, more than ever, we have the necessary talent so that the future of our country counts with leaders ready and able to promote a new socioeconomic development and set an example to other students with the same goals and dreams”, Fernández said.

“We are proud that through their achievements we can see the impact of the Bright Stars program of the Kinesis Foundation on the transformation of education in Puerto Rico”, he added.

Finally, Gómez expressed his gratefulness towards the support of his family and mentors from the high school and conclude by saying that “my greatest advice for the young people is to follow their passions with fervor and work for them, and be sure to not do something just for the sake of having it in a résumé. The world needs creative human beings and thinkers, not robots”.