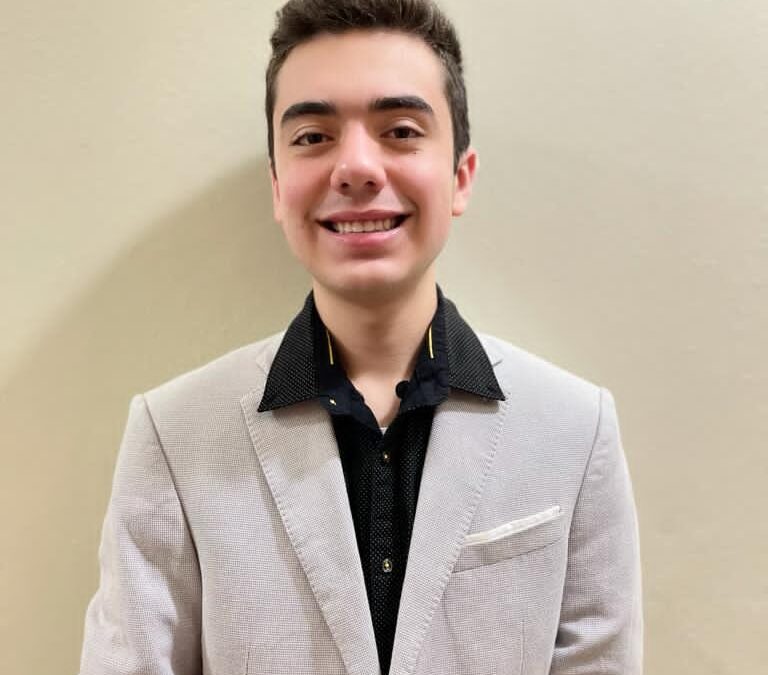 Despite the challenges of the COVID-19 pandemic, he continued expanding his knowledge in science and engineering, participating in a series of programs such as Yale Young Global Scholars, Young Leaders Summit and the Weekend Immersion in Science and Engineering, a program geared toward high school seniors to experience what it is like to be an MIT student.

Thanks to his great academic performance, Rosado was accepted in several institutions, both in Puerto Rico and in the United States, among them: Massachusetts Institute of Technology (MIT), John Hopkins University, Case Western Reserve University and the University of Puerto Rico, Mayagüez campus. In August he began his undergraduate studies at the prestigious Massachusetts Institute of Technology (MIT).

“The Kinesis Foundation gave me the tools and resources to be a successful student and helped me to believe in my abilities. Through my years with Kinesis, I met other students with similar goals, I participated in workshops that helped me grow as a person and I received indispensable counseling that helped me achieve my goals,” he said.

We are extremely proud that Ian and his family trusted us to guide him toward achieving his academic goals. He has shown incredible commitment and effort to follow his dreams, and today he can say that he will be attending one of the best institutions in the world.

We believe in you, Ian! Keep going!